We all visit stores sometimes and ask what we think is a simple question yet receive back an unexpected answer. We often follow up with something like, “why is that?”

The worst of all possible answers to hear at this point in the conversation is, “That’s our policy”. That eye-roller barely wins out over the other infuriating phrase known to patrons around the world, “Sorry, there’s nothing I can do.”

Why We Make Policies 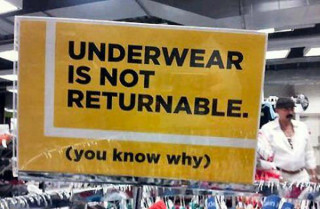 Business owners make policies in hopes of catching 99% of the problems before they happen. That makes sense. When the boss says, “we start work at 9am” that’s a policy that intends to get everyone in the office about the same time so meetings, collaboration and production can ramp up.

If an employee says, “I have a doctors appointment tomorrow morning”, no human says, “well, our policy says work starts at 9, so get your appointment done and get in here at 9 anyway.” A more modern response is, “Ok, then plan on working late”, or something like that.

That’s how policies are meant to work. There is the big use, but we can use our brains to see when a policy should be altered slightly for the betterment of all involved.

Businesses that don’t have much time to train employees or hire automatons are at risk for making stupid mistakes. I have had run ins with a lot of businesses and service people where I’ll ask them to clarify their position.

It’s rarely the front-line person’s fault, it usually stems from poor leadership. Only once was a manager able to explain to me the reasoning, and during the exchange the employee said, “I never knew that”. That’s my favorite because the manager instantly realized he should have explained it to the clerk rather than just tell him “it’s the policy”.

This past weekend by friend had a bad experience at Bestway Grocery in Greensboro, NC.

Not real happy with @BestwayGrocery -2 employees told me my young daughter couldn't use the bathroom, she ended up peeing in her pants…

That type of “it’s the policy” answer makes me want to punch employees in the face.

The last time I was told that my kid couldn’t use the bathroom in a store I told my then 3-year-old son that he could go pee in the dressing room… the employee suddenly decided the store policy had a little more wiggle room that she first thought.

Luckily for Bestway, Jeff is not as big a fan of brinksmanship as I was 15 years ago.

When Bestway finally responded, they almost handled it correctly.

@jeffSanGeorge We apologize for the unfortunate incident in our store. Restrooms are in the original 1947 location on a

@jeffSanGeorge remote 2nd level mezz not easily accessible to or intended for the public. Again, our apologies.

There is some additional behind the scene stuff that doesn’t paint Bestway in a flattering light, but I’ll leave that out.

Even their public stance is a bit confusing to me, and maybe this is just me. If the restrooms are on a remote 2nd level mezzanine that is not easily accessible or intended for the public, why do they force their employees to risk using it? If it’s that bad, why haven’t they fixed the problem? 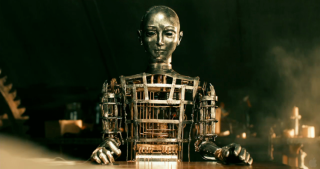 Any automaton can blindly follow orders. Anyone can turn the crank on the machine, clock 8 hours and leave without accessing a single shred of their humanity.

If Jeff had been the employees best friend, do you think he may have had a shot to get his young child to the bathroom? What if it was President Obama who had to go, same policy?

When you carve out space to show your human side, the part of your mind that is nimble and loving, you win. People are always attracted to others that put forward their absolute best.

When you treat me with the same amount of compassion as an ATM does, then I feel the same loyalty for you as I do for the ATM – none.

I like the policies that make sense, like the social media policy at Ford Motor Company; “Use your common sense.” What if Betway Grocery changed their public restroom policy to “Use common sense”, would this whole incident have been avoided?

At the very least Bestway Grocery would not have a very influential, Greensboro based, Internet marketing expert Tweeting to his about 17K followers about how 2 employees couldn’t help a small child who had to go the bathroom.