I try to check Facebook at least once a day, usually on my phone and usually just before heading to bed. I “like” a handful of things and call it a day.

I am on Google in some way, shape or form the entire day. GMail, Google search, Google Maps, Google Plus, Google Local Business, Google Reviews, Google Shopping and even answering questions in Google’s Webmaster Forum.

It got me thinking about how Facebook can possibly think it is possible to hold off Google+ as the default social platform in the coming years.

The answers were about what I expected, with many saying Facebook is where their friends and family are.

I am at a disadvantage in some ways. Because I’m an early adopter and need to check out new things to be any good at my day job, I see a cool stuff early and often grow weary of it just as it reaches its tipping point.

I still remember getting on Facebook when it opened up to people not in college, it was kind of cool. I realized after about a week that it didn’t have any appeal for me because I didn’t have any context for it, so I continued to spend most of my time on Twitter (after giving up on the far superior Plurk). 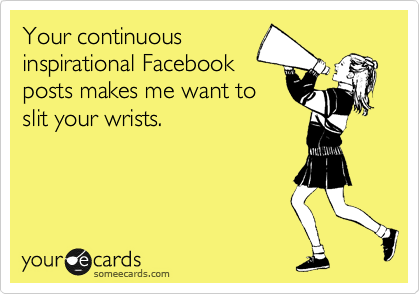 Personally I find most of the stuff shared on Facebook (that’s not related to real people like your kid or your BFF) mindless.

How many more cat memes do we need? How many more times are you going to puff out your chest and tell me your politician is flawless and their opponent is the second coming of Hitler? maybe I just need an inspirational quote over a beautiful sunset photo… ok, I’m better now.

Why Are You on Google+?

I joined Google+ as soon as I got an invite, because that’s what I do. I used it more like Twitter than Facebook, but not as often or as in depth. What I did notice is that the culture is completely different. The personal stuff seems to be dialed down, or maybe people are actually sharing thing to smaller circles so that we all don’t have to see their latest bout of poison ivy.

I like that I’m not constantly bombarded with ads for Viagra and sports cars because I’m in my 40’s… at least not yet. I also like that Google+ makes is so remarkably easy to share photos. Every photo I take on my phone gets uploaded to my Google+ account and lets me know when they are ready to be shared. I don’t have to manually upload anything.

I will also admit that having friends like Mark Traphagen, Jesse Wojdylo, Nikol Murphy and Martin Smith on there always engaging with me and sharing smart, provocative stuff helps too.

I have thought for most of 2013 that we are at “Peak Facebook”. I was lucky enough to have a chance to ask one of the world’s foremost Facebook expert his thoughts as well at the July Raleigh SEO Meetup. I asked Jim Tobin if he felt we were at Peak Facebook, he seemed to think that we were. Jim went on to say that what he hears most often is:

Facebook is less interesting to people than it was 6 months ago.

He also follows that up with the idea that Facebook’s real power comes from the utility of the platform itself, and having everyone on it. That seems to be the delicate threat that is holding people there, but there is nothing special about Facebook per se. All of its functionality is available many other places… and that fact has to be keeping the Facebook team chugging 5 hour energy drinks.

I can’t speak for the entire world, but I think that 2014 might be the flattest year Facebook has seen. I think it will still grow, but its glory days are in the rear-view mirror. I think Google+ will continue to grow through forced assimilation from the mothership in Mountain View. Michael Q. Todd just wrote a great article about why you will eventually be on Google+ even though you don’t think you will be.

With that said, you can still find me on Twitter… the platform of Champions!