While I was out picking up some yard supplies this morning I entered into a Twitter conversation with my friend who asked if I could recommend anyone to help moderate some of the panels at this year’s Internet Summit.

I need a couple of moderators for panels – do you have anyone you can recommend as being Entertaining, Intelligent, Engaging…?

As I started going through the Rolodex in my head it dawned on me that what I was really doing was giving her a list of people I would want to see moderating a panel. People I feel are entertaining, intelligent and engaging. Then it dawned on me that I don’t enough people how much I enjoy their contributions to the whole online/social/interactive scene here in the Triangle.

Below isn’t the list I recommended specifically for the Internet Summit gig, but if I ever put together a giant conference all of these people will be involved in one way or another. 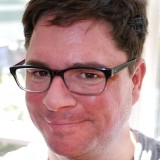 My keynote speaker would David B. Thomas. Dave is a big shot at Radian6 and that’s great, but his real superpower is his attention to detail. The first time I ever sat down and talked with Dave was at a tiny Carrboro coffee shop where we talked about all the small things in life that make it interesting, like mutual friends,  Iceland, 5-year-old boys and second chances. The most interaction I get day-to-day with Dave is via his Facebook stream. I usually show my wife at least one of his funny posts each day. He’s a rare combination of super-smart, super-successful and just plain a really nice guy.

My panel of awesomeness would include 3 of the smartest people you would consider yourself lucky to bump into.

The first is Cord Silverstein who is living the dream at the original social media company Ignite Social Media. Cord has a wealth of experience working with brands, people, obstacles and goals that seem unreachable to normal people.  What I learned from working for Cord for a short 6 months was that you can either wait for the okay or you can go out and make something great happen. I have in turn tried to pass that on to everyone I’ve worked with since. 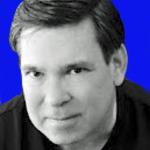 In the middle chair of the panel would be someone who has been an inspiration, confidant, mentor and collaborator to me and a prince as well as a pauper in his life. Martin Smith is the classical idea guy. When I first worked with him he reminded me of Bill Blazejowski in the movie Night Shift.

Marty works his magic at AtlanticBT helping them tell their story. There is no one else I know who is such a natural-born story-teller. Martin’s brain is capable of holding such vast amounts of previously seen/heard/smelled experiences that every new bit of content he produces is built upon a generational foundation of knowledge.

Standing toe-to-toe with them is Cara Rousseau who is doing mind-bendingly good work at Duke University. Cara has pushed Duke to the forefront of higher education when it comes to effectively using social media. Cara has managed to move from a huge corporation to a huge university while staying at the top of her game. Her ability to keep tactics tied to the greater strategy is what makes her the go-to social media source for universities all over the world.

When it comes to putting someone behind a microphone that will say something interesting, actionable and thought-provoking I have to give the nod to my boss Russ Jones. Working alongside Russ and his stream of ideas is inspiring. His perspective on search engine optimization and Google are sometimes outside the mainstream, which is a good thing. His ability to make you stop and think about something from another perspective is his unsung super-power. There are very few people who actually can consistently think “outside-the-box”, but Russ does.

This isn’t a complete list of all the awesome people I have the opportunity to interact with, but it’s the ones that came to mind as I sat down to write. The truth is I could add 20 more without breaking a sweat. Smart people. Engaged people. Doers. Leaders.

The truth is I would never even think about starting a conference unless I could get Karl Sakas to sign on as my operations guy.

If you could help pick out some speakers for your own personal conference, who would you add?