If there is one thing that drives me crazy it’s all the excuses people make up. Maybe I just notice it more now than I used to, but I’m seeing it everywhere, especially from people in their 20’s and early 30’s. I don’t remember if I was the same way, but I fear I probably was.

I get it, it’s scary. Standing up and saying, “this is me” takes a fair amount of courage. “This is the best I can give you” is a terrifying sentence to say, because we fear that the person we’re saying it to might reply, “it’s not enough.”

You’re a work in progress, we all are.

My friend Martin Smith has stopped making excuses. Martin is a friend and a mentor, a storyteller and a marketer, a worker and a thinker, but most of all he’s a tugboat. 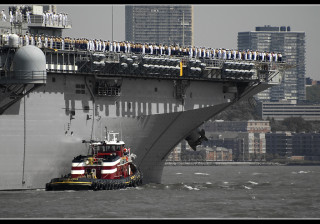 Do you remember what a tugboat does? You knew back in 4th grade. It helps push much larger boats when they can’t or shouldn’t move themselves.

Together, as part of a team, we can make the impossible, possible.

It’s okay if the team is only two. Martin is not afraid to the first guy dancing at the Sasquatch Music Festival.

The question is, who are you? Are you the second guy joining in, the third guy? Sadly, most of us are only joining in when the rest of the crowd joins, when it’s safe. When we no longer have to risk people judging us.

Martin has a full-time job as the marketing director at one of the fastest growing web development firms in the United States. His part-time gig is fighting off cancer with another round of chemotherapy. His third job is donating his salary from his first job to fund his third job – his idea to fund cancer research a la carte style. The third job led to his fourth and fifth jobs like riding his bicycle across the country to raise awareness and money to donate to Duke Cancer Hospital and starting the Cure Cancer Store. Oh, and he also took the time to make sure almost all of this runs under a charitable umbrella called the Story of Cancer.

How would you like to be part of the group that funds a researcher who finally isolates the cancer gene?

When they’re writing the story of cancer and how it’s cure came about, would you like to be part of that story? In 2012, the citizens of the United States spent $2,100,000,000 on Easter candy. Can you spare a peep?

Don’t be afraid, click here and join us. Can’t donate time, no problem… you donate money via PayPal.

When the artist Robert Rauschenberg died in 2008, his obituary in the NY Times had a great quote in it:

“Everyone was trying to give up European aesthetics,” he recalled, meaning Picasso, the Surrealists and Matisse. “That was the struggle, and it was reflected in the fear of collectors and critics. John Cage said that fear in life is the fear of change. If I may add to that: nothing can avoid changing. It’s the only thing you can count on. Because life doesn’t have any other possibility, everyone can be measured by his adaptability to change.”