While reading Mark Schaefers‘s The business case for cheating your way to social media superstardom this morning I noticed something. When we cheat it’s “gaining an advantage”, when others do we say it’s “cheating” or “a scam” and sometimes even “scum”. 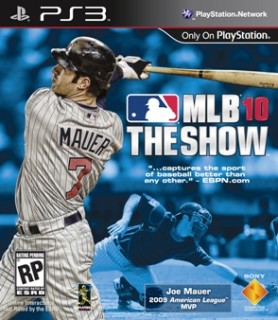 Yesterday I read a great post by Owen Good entitled, A-Rod May Not Be in MLB’s Next Video Game, but Virtual PEDs Will. Good draws a brilliant parallel that had never occurred to me before. If you’re playing a video game (like MLB 10) and you pay real money to buy additional skills for your virtual player are you digitally juicing?

For baseball fans that abhor the “steroid era” of Bonds, Clemons and McGuire it raises an interesting conundrum.

Reading that, mixed with Schaefer’s piece on buying fans and followers for social proof, seemed to converge a few ideas about what exactly is “cheating”? Schaefer has a pull quote from a previous post.

Do you feel paying for any kind of traffic to a website or social media post is appropriate at any time or any level? Just wondering if you feel that there is something inherently wrong with that or not?

He follows that up with what many social media purists like to respond, “If you care about marketing and love social media, you are probably raising the roof with a resounding ‘NOOO!'”. The problem with that answer is that you have now said that Google AdWords is verboten!

What if you are smart enough to figure out how to leverage Facebook ads to encourage Google to view you as a more powerful and engaged site like Marty Weintraub explained recently in Easily Buy (White Hat) SEO Lift & Disrupt Google’s Vaunted Search Algorithm.

If you have a minute, watch the marketing mastermind Chris Rock talk with Jerry Seinfeld in an episode of Comedians in Cars Getting Coffee and fast-forward to 4:10. Jerry says, “If you were a caveman and had a lighter, you’d be king of the world. If you were in the civil war and had an AK-47, the war’s over with one guy.” Chris comes back with, “When we were young comics we were looking for advantages, cheats, steroids. Would I take a pill to be able to write and direct a film like Woody Allen? You’re goddamn right I would.”

Over at Radio Lab, Jad Abumrad and Robert Krulwich talk about the Million Dollar Microsecond. With 50% – 70% of all stock trades now done by computers which are run by an algorithm. On Wall Street the fastest person usually wins.

It’s been that way since Julius Reuters used carrier pigeons to get stock quotes faster than a guy on horseback back in the 1850’s.

So computers closer to the big market computer get a microscopic advantage. Firms in New Jersey would lose to firms on Broad Street and firms out on the West Coast were just plain screwed.

Is that cheating? Is that a scam?

Just so you know, Wall Street has fixed this “problem”. They now have a room where any firm can place their computer and every computer has the same length of cable to keep it fair. The podcast is fascinating to listen to.

In the end, any advantage can seem like cheating, especially if you’re on the losing end or trying to keep pace.

When Rap Genius gamed the Google algorithm by tweeting out links to sites that provided him keyword rich anchor text links in return it was a brilliant business move. In the end, he lost traffic for just 10 days before Google returned his site to page one for almost all his keywords. Almost any business would make that deal with Google, but not all businesses have a financial tie to influential Silicon Valley investors.

Finally is the famous “It’s not what you know, it’s who you know” saying. If you spend years building up a strong professional network and I spend those same years honing my skills, who is more likely to get the job? Is resource allocation a form of cheating?

I’d love to hear what you think and where you draw the line.