50 years ago, Joe Morello wanted to play a kick ass drum solo. He pestered his band leader who was also in the mood to do something different from Stardust and Body & Soul.

In the end, The Dave Brubeck Quartet did something that changed Jazz forever. Jazz hits had never been written in 5/4 time, because nobody can dance to it. The Columbia Records’ sales force were scared to sell it because it sounded… well, it just sounded so different.

But when DJ’s started playing it, and the switchboards would light up.

Take Five became the first million-selling modern jazz hit, a landmark at the intersection between jazz and pop culture.

The Dave Brubeck Quartet had already cut a bunch of recordings and had a pretty good following by 1959. But they decided to take a risk. The risk lost them some of their existing fans. They lost the ones that wanted traditional, “common time” 4/4 beats. But what they built instead was a community of true fans. Not just people who listened to their songs on the radio, but people who would say to their friends, “Dave Brubeck is coming to play next month, come see it with me, you’ll love it.”

That is what I think will save newspaper websites. Love. The same kind of love that has built up a community force-field around Wikipedia, 37 Signals, Apple, and Barack Obama. People become invested. When you try bad-mouth the iPhone, an Apple fanboy will jump to it’s defense. Point out Ruby-on-Rails shortcomings, supporters point to the success of 37 Signals. Point out how cluttered and user-unfriendly the News & Observer’s website is, and we all nod in agreement. No community. No passion. No fanboys. Why is that? Where is our community?

Look at the News & Observer’s website. What is the most important story? Where does the editor want you to focus?

What if you asked users? What are they using it for? What if we let them use it for whatever they wanted, what would they choose? Would they want to continue to be only a consumer? Are we helping them? Are we connecting them to others who can help them?

My contention is that our failure has nothing to do with metrics, local visitors or site redesigns. I think it’s because we don’t care about our audience. We don’t know our audience. We make zero effort to connect with them, because newspapers are ingrained with the belief that the very people we write for, offer us nothing in return. We are a 20th century, one-way communication platform. We’re famous, they’re not. We’re important, they’re not. We own the ink, the presses, the paper and the delivery trucks and they don’t. Well, that’s not really the case anymore.

I agree with Clay Shirky, in a world where publishing is now effortless, the decision to publish something isn’t terribly momentous. For a generation growing up without the scarcity that made publishing such a serious-minded pursuit, the written word has no special value in and of itself.

If you use MySpace, Facebook, Flickr, Wikipedia, Twitter, WordPress, LinkedIn, Digg, Delicious, StumbleUpon, YouTube or any one of the other social sites, you are more than just a consumer. You are joining the throngs of symmetrical participants who have the ability to receive information, but also the ability to send it. Amateur production means that the category of “consumer” is now a temporary behavior, rather than a permanent identity. The term “journalist” is also rapidly becoming an activity rather than a profession.

It’s okay to admit that you don’t “get it”, you’re not alone. Merlene Davis at the Lexington Herald-Leader obviously doesn’t, and neither does her editor. In a story about her joining twitter there’s no LINK to her twitter page. But, just because you don’t get it, don’t think that “it’s” stupid. Right now there’s a woman trying to finish up her doctoral dissertation, but she’s putting it off by reading status updates from her friends on Facebook, or following links posted in her Twitter stream.

That same woman will follow almost any link her friends post, because she knows she can trust them, they are her friends, even if she’s never met them and they live in Australia. Her friends have permission to send her links, in fact, she likes when they find cool stuff and forward it on, because she’s interested in most of the same things.

When we force our visitors to endure a flash ad that takes over their entire screen, what is that really saying? I can tell you what I think when I see it… We value this advertiser more than you. How long can we continue to behave like this and think it’s the way to grow?

Seth Godin has a post called, The web doesn’t care where he observes:

If a newspaper, a radio station or a TV station doesn’t please advertisers, it disappears. It exists to make the marketer happy.

That’s the reason the medium (and its rules) exist. To please the advertisers.

But the Net is different.

It wasn’t invented by business people, and it doesn’t exist to help your company make money.

It’s entirely possible it could be used that way, but it doesn’t owe you anything. 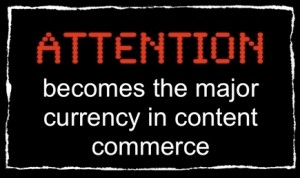 Our grandparents had time to read a newspaper everyday. Our parents had time to scan the paper most days. We have have the local tv newscast on in the background as we’re brushing our teeth or getting the kids dressed. What will the next generation have time for?

Do you have any online-only communities? How about communities that span both, like meetup.com? What communities would or could sprout up around our sites if we encouraged that type of behavior? What if we provided a way for news junkies to gather? What about people that are passionate about state politics in the capital sites like Raleigh and Sacramento? What if the site actively added value to a group? What if the Star-Telegram’s Dallas Cowboys group gained them exclusive access to Cowboys stuff – all based on the S-T’s long association covering the team? What if the Charlotte Observer brought a member of their photography group down on the field at a Panther game with a news photographer? Would that type of behavior create a stronger bond with the community? How many bloggers would start writing about that? How fast would competitors try to catch up?

What about a community built around making the website better? If you created a place for real discussion to flourish, there’s no better place to get ideas and keep your finger on the pulse of the very people who can help your site grow and be accepted by a wider audience.

How about starting today?